Some thoughts on Taylor Swift, the musical I’m working on, and the two favorite movies I saw this year.

Mild spoilers for The Vast of Night and Four Weddings and a Funeral. Both include pretty major reveals late into the film, neither of which I will be spoiling, but be aware I will be referencing specific plot points and moments in each.

The Vast of Night tells a story that has become pretty commonplace in the past 70-odd years. It’s a quiet night in a sleepy 1950’s New Mexico town, and strange things are happening just out of sight. Lights are flickering across town. An unearthly sound is being broadcast over the radio. Reports are coming in of objects in the sky. “Ah, of course,” you say to yourself, “ it’s green little men in their flying saucers coming around to suck up cows in their tractor beam,” just as we have been conditioned by the last 70 years of science fiction to believe. What the film makes incredibly clear, before the strange phenomenons are even properly introduced, is that this takes place in a time before this has become a resolute part of pop culture.

This is the first time this has ever happened.

When 15-year old switchboard operator Fay looks up and says “There’s something in the sky,” we feel her genuine terror. When the local recluse (Gail Cronauer), tells radio DJ Everett how her son was taken by those same things in the sky, you’re not picturing a party city decoration. Instead, you’re lost in her heartbreak and can see how this has occupied her mind and directed her life for the last fifty years. When she asks Fay and Everett, believing them to be the beings from the sky, to take her with them so she can see her son again, you don’t laugh at her. Alien abduction stops being a played-out joke reserved for SNL sketches and political cartoons, and returns to its original perception: being fucking terrifying.

This is helped a lot by some of the more formalist techniques used by Patterson to create a cohesive and self-contained world. None of the actors are big names (probably the biggest is Fay herself, who was in a few seasons of Supernatural, coincidentally playing Lilith), and most of them are just local theater actors. This has the added benefit of making the actors a lot more comfortable with acting for pretty long stretches — most of the film’s biggest moments are just long, unbroken shots of a character just talking. In fact, the film’s most impressive scene is just a ten minute single shot of Fay operating a switchboard and trying to figure out what’s going on in the town. We get to see every single detail of this night, and it makes every character feel so completely human. This is the first time this has ever happened, and everyone is terrified.

In Four Weddings and a Funeral, it is not the first time these events have ever happened. The film is built around the structure of ritual and tradition. Over a little more than a year, a group of friends meets up 5 times: four for a wedding, and once for a funeral. We only see them at these events, and we see the same sort of situations tending to crop up: Charles (Hugh Grant) has an awkward encounter with an ex, Gareth (Simon Callow) tries to get a party going, David (David Bower) slowly falls in love. There is comfort in repetition, and the real joy of this movie is found in seeing the growth and development of our characters through this repeated framework.

This formula is so engaging that, even though the title card warns you about it, the deviation to a funeral catches you off guard. Despite any tropes it might hit on, the funeral feels earnest and real. It actually doesn’t deviate from the formula as much as it might initially seem — much like the weddings, this is a time where one’s friends and family gets together to show their support. As well, it’s used as a celebration of love, the eulogy almost acting as vows for a wedding that could never happen.

My biggest cry this summer was to the Taylor Swift lyric “I think I’ve seen this film before, and I didn’t like the ending.” These films both tip their hand to you right out the gate. You know what’s going to happen the whole time, but the humanity and realness of the characters invests you in the events. You’re so busy rooting for them that you almost forget that you know how the story goes. I could sit here and talk about these movies for another 500 words (give me another paragraph and I promise I’ll work in both Hadestown and A Series of Unfortunate Events), but I think I’ll just end here. These are two great movies I got completely lost in this year, and for [90 minutes or two hours] it’s a lot of fun to not care and let these movies take you exactly where you knew they would the whole time.

The Vast of Night is available to stream on Amazon Prime.

Four Weddings and a Funeral is stream through Starz on Amazon Prime and Hulu.

On April 9th, Taylor Swift released Fearless (Taylor’s Version), a remake of her 2008 classic album. Our staff writers Dana, Olivia, Will, Jack, Betsy, Brewster, and Megan sat down to discuss the album in a roundtable format. First impressions… Dana: It just means so much to me. That’s it. It really feeds into the whole […]

With the Oscars right around the corner, the Metaverse writers sat down to give you their thoughts on this year’s Best Picture nominees. 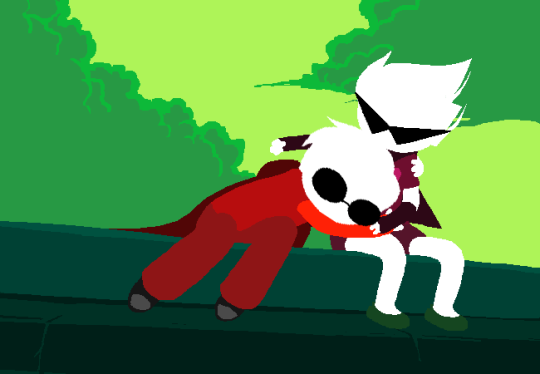 Homestuck is known for a lot of weird things, and one of those things is realistic trauma response. Throughout The Homestuck Epilogues, Andrew Hussie depicts the after effect of experiencing traumatic events at a young age.

The Legacy of Mac Tonight

A brand’s identity is defined by their mascot – and no mascot was cooler than Mac Tonight in the 80s.

A Brief Introduction to Ghost Quartet

A brief introduction to the 2015 musical Ghost Quartet.

Flo Rida Is In The Eurovision Song Contest

Flo Rida was not initially supposed to be in the 2021 Eurovision Song Contest. But there he is, featured on a song representing the nation of San Marino?